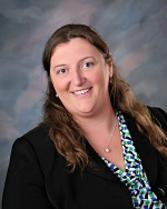 Anna Kerner Andersson has over 8 years of experience in all areas of immigration law, including family based and employment based immigration. As a former U.S. State Department Consular Officer, she has an insider view of immigration law that most other attorneys don't have. Having actually adjudicated immigrant visas and non-immigrant visas; B1/B2, L1, H1B, O, P, J-1, etc., Anna knows exactly what a government official will be looking for when reviewing your visa application. This makes her uniquely qualified to make sure you have the best representation possible for your visa needs.

Anna is currently a law partner at Kerner Andersson Law. She has returned to the Siouxland area after 6 years with the U.S. State Department. In her most recent position, she was the Program Officer for the Middle East, for the Bureau of Population, Refugees and Migration at the U.S. State Department where she managed the Refugee program for the Middle East. Before that she served as a diplomat at the U.S. Embassy in London working as political officer negotiating multilateral treaties regarding nuclear non-proliferation and later as a consular officer in both the immigrant and non-immigrant visa sections. Anna also previously served from 2010-2012 as a diplomat in Ciudad Juarez, Mexico, the largest U.S. Consulate in the world and one of the busiest U.S. visa processing missions. Prior to joining the Foreign Service, Anna was in immigration and managing attorney at the International Institute of New Hampshire in Manchester, New Hampshire.

Anna resides in South Sioux City with her husband Dan and their daughter Sophie..